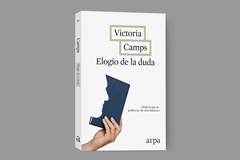 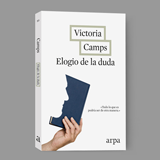 Victòria Camps, president of the Foundation and professor of Moral Philosophy, has published a new book. Elogio de la duda [In praise of doubt] provides a survey of the issue of doubt throughout the history of thought. The book considers philosophers such as Plato, Aristotle, Descartes, Spinoza, Hume, Montaigne, Nietzsche, Wittgenstein, Russell, Rawls and many others who were wary of certainty. The author uses her analysis of these thinkers to invite the reader to question clichés and prejudices, not simply to reject them but rather as a starting point for analysis and decision-making. And she does so in an accessible manner, designed to appeal to a broad readership, but without compromising intellectual rigour or detailed argument.