Christian Felber, guest speaker at the Víctor Grífols i Lucas Foundation on November 24-25, talks to us about the Economy for the Common Good.

Christian Felber, guest speaker at the Víctor Grífols i Lucas Foundation on November 24-25, talks to us about the Economy for the Common Good. 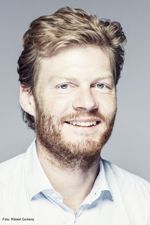 What is the Economy for the Common Good (ECG)?
It is an alternative economic model to both capitalism and communism. It promotes an ethical market economy based on the one hand, on economic freedom, and secondly, on the fundamental values that are in the constitution: dignity, solidarity, justice, sustainability and democracy.

What is the role of business in this model?
The success of individual companies is solidly linked to their contribution to the common good. Companies with an ethical structure and which conduct their business ethically will be more successful due to the application of different legal incentives. Ethical products will therefore become more economical than those which are unsustainable and responsible companies are more profitable.  The more humane an organization is, the more successful it will be. On the other hand companies that we class as "ethical drifters" either undergo a transformation and become ethical or they will disappear.

What values predominate in the economic system that you propose?
The values that should rule the economy are, on the one hand, those which allow human relationships to flourish: honesty, respect, empathy, trust, cooperation and sharing and, on the other hand, the values contained in the constitutions of the democratic countries mentioned previously.

What values currently predominate?
In the current economic model, we see an opposition to these values and negative values prevail such as selfishness, thoughtlessness, greed, irresponsibility… Moreover, the current system has confused the means with the end.

In relation to?
The economy originally was aiming to find the best ways to meet human needs, but over time the focus has shifted to the very means in themselves, such as the monetary profit and GDP growth. The Economy of the Common Good aims at resolving this contradiction by changing the two main legal rules that guide the behavior of the stakeholders in the economy – making a profit and being competitive – for contributing to the Common Good and cooperating.

What are the benefits?
Cooperation means that the goal is shared, while competition implies that the success of one excludes the other. Contrary to what we have been told, cooperation motivates us because it allows our relationships to flourish. With competition, the strongest value is the fear of losing, or even of being eliminated.

But, competition has always been considered an incentive for the prosperity of companies…
Today we know that competition motivates us less and causes more failure, it is not humane nor is it as effective. It is therefore much better to teach a different system, with different legal rules that are consistent with our core values and benefit the human virtues, not their weaknesses.

What basic steps can an individual person perform to contribute to the development of the Economy for the Common Good?
To begin, you should think freely and independently. Form your own opinion and vision of the world.  If you reach the conclusion that the economy should serve the common good, you can make a commitment and contribute, beginning with your immediate surroundings, in your close circles, in your day to day at work ...

For example?
By asking the companies where you purchase products and services if they know about the Economy for the Common Good and if the common good is taken into consideration. By organizing and participating in local Economy for the Common Good Energy Fields (regional support groups) or other social movements to create a citizens' alliance, where the rules of democracy can be rewritten. The tools we provide are specific and different at the same time: balance the common good, local energy field, municipality of the common good, joining the national association or founding a regional ...

Are you optimistic about the implementation of this alternative model?
Yes, given of the response and how people are acting. The international echo is very loud. In four years. 1,700 private companies have joined. About 2,000 people, in countless places, are actively contributing to the creation of this process. At many universities – from Buenos Aires and Santiago de Chile to the Helsinki Business School -, the Economy of the Common Good is being introduced in teaching, research, implementation and dissemination.

And what about Spain?
The University of Barcelona is presenting a UNESCO Chair in Paris. The seeds of the Economy for the Common Good are reaching everywhere. Since we are dealing with higher values, we reach the hearts of people. For this reason, the Economy for the Common Good has the potential to be the next economic model within a newly born democracy and quite possibly in combination with other similar approaches.