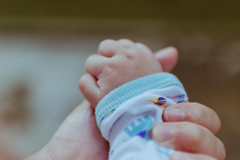 The Foundation has taken part in a documentary about maternity, produced by Catalan channel TV3

The Foundation has taken part in a documentary about maternity, produced by Catalan channel TV3
The programme includes contributions from Victoria Camps, president of the Foundation, and also incorporates images and conclusions from the workshop, Thinking About Maternity, held in November.


The documentary, screened as part of TV3's Sense Ficció strand, explains that, at almost 31 years, the maternal age in Catalonia is one of the highest in the world. At the same time, Catalonia has one of the lowest fertility rates in Europe: just 1.3 births per woman, compared to a replacement rate of 2.1.

These trends have become more pronounced over recent decades, and are joined by a third statistic: for the first time since records began, one in four Catalan women will have no children. Sometimes this is out of choice, but often it is because they are unable to, even with assisted reproduction.