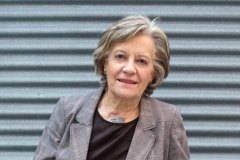 The university also has awarded honorary doctorate to Adela Cortina.


Camps expressed her delight to be sharing this honour with Adela Cortina, and thanked the University of Salamanca for recognizing "two women who have worked hard to communicate the ethical principles and values of our society, and to seek answers to some of the most difficult questions we face, at a time when we need to analyze and address problems that require solutions which go beyond purely legal considerations. This is the terrain of philosophy: of reflecting upon, discussing and weighing up the consequences of scientific and technical progress."